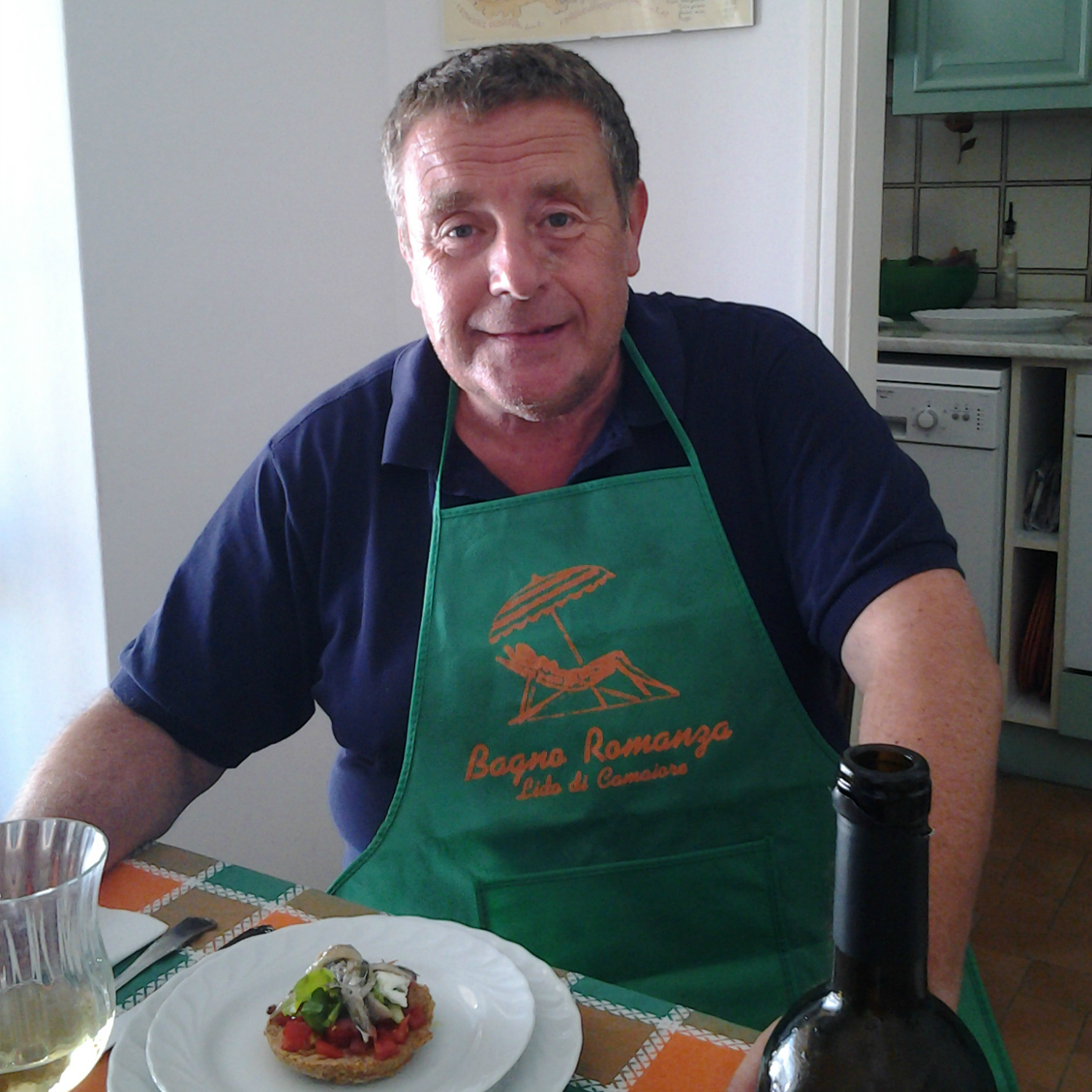 Alfredo Cozzi is the man behind Dolce Emporio, a candy store – the oldest in town – that has recently been turned into a delicatessen specializing in confectionery. Established right after the end of WWII as a cantuccini factory, it now sells chocolate, cookies, candies, confetti (sugar coated almonds), coffee, teas, wines, liqueurs and a few savory items, including pasta, crackers, vegetable and cheese sauces. Dolce Emporio is located at Borgo San Frediano, 128r, about fifty meters from the Porta San Frediano.

Although born in a family of food merchants, Alfredo devoted most of his working life to textile manufacturing. Ten years ago, however, he quit his job as the manager of a big textile firm and went back to food – he’s been running Dolce Emporio since then. In 2013, he even launched his own brand of cookies, Biscotti delle Nonne di San Frediano, which are currently being sold in both Europe and America.

When we asked Alfredo to cook something for us, he came up with a beautiful antipasto mari e monti (“sea and mountain antipasto”), which is actually three recipes in one. His dish is a tempting combination of different textures and flavors that conjure up both the salty breeze of the Tuscan Riviera and the rustic atmosphere of the Florentine countryside.

In a bowl, combine the breadcrumbs, the chili pepper flakes, the rosemary, and the lemon zest.

Heat the oil in a skillet and toss the breadcrumb mixture over medium heat for a couple of minutes, until golden and crisp.

In a bowl, combine the oil and mustard, and pour into a pan.

Wash the carrots well and, without peeling them, braise them in the oil/mustard mixture until shiny and glaced.

Adjust salt and pepper to taste.

Mash the potatoes, and mix in the remaining ingredients.

Pour the mixture into a mould and bake in a 200° C oven until set.

Clean the squids thoroughly and cut into small pieces.

Heat a skilled over high heat and, without adding any fat, cook the squids until crunchy outside.

Sprinkle the plate with the toasted breadcrumbs, then add the carrot, the squid, and the sformato di patate. 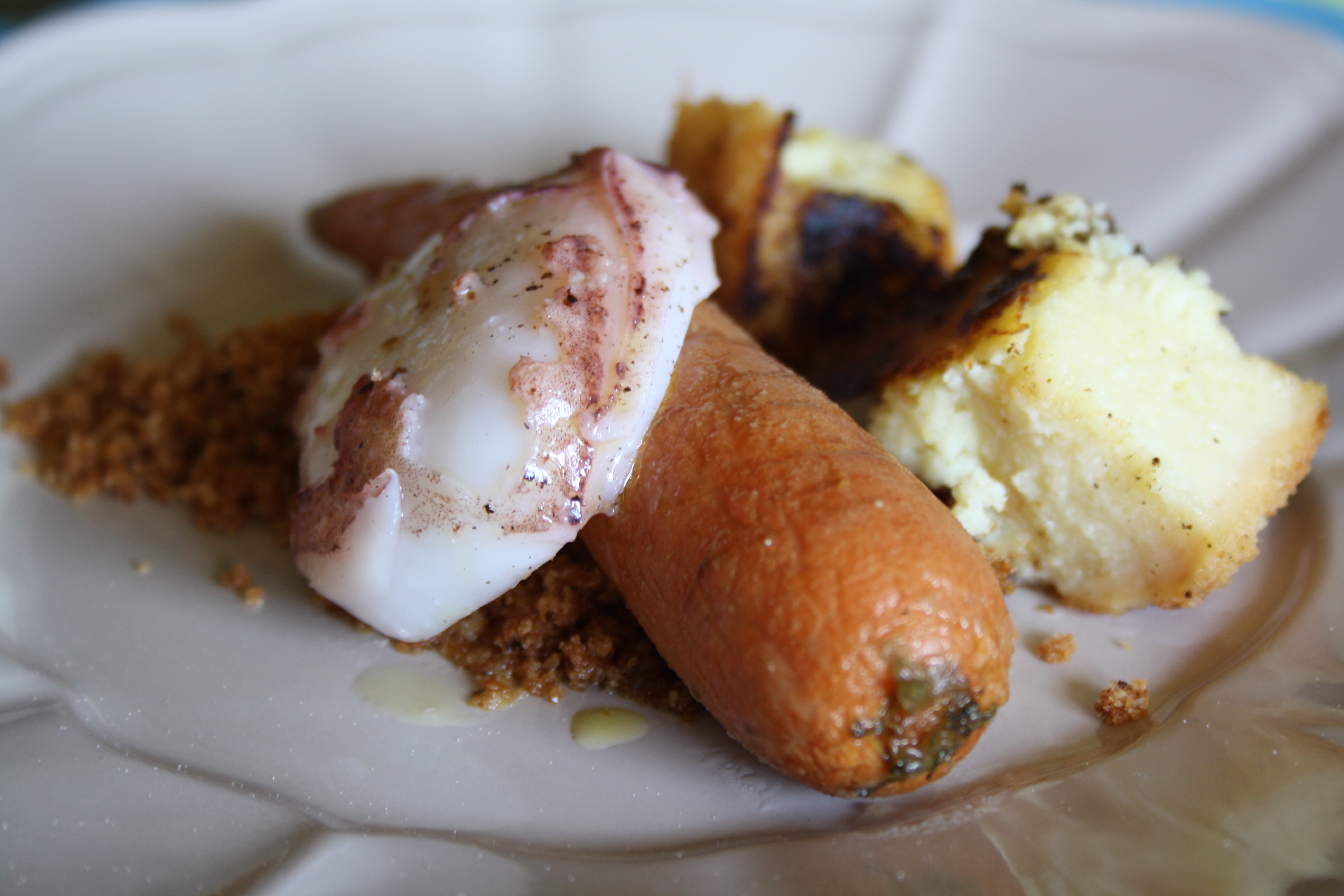 Welcome to Foods of Florence!

Foods of Florence is a culinary collective and food website based in Florence, Italy. Our premise is to bring together long-time friends and strangers while celebrating the traditions of food and community.

Located in a former glove factory in the outskirts of Florence, our light filled studio is the perfect blank canvas for all events, from photo shoots to private dinners, launch parties, and workshops. Contact us for more info!

Foods of Florence is a Florentine culinary collective and event space available for rentals and collaborations.